Zack was always planned to be part of the story, but he went through a couple of stages before being properly introduced into the story, most notably, his rather timid and shy character came around the time I started to write Chapter 14.  The sketch down below was first drawn during Chapter 1’s start.  I was trying to find some kind of interest that Zack could have that would make him a bit independent.  Though I drew the logo of “Kung Fu King” on his t-shirt, the first chapter actually portrayed him as more of spy/stealth fan (shown when he’s playing the video game before Kalwa wakes him out of his trance).

Originally Reko was supposed to be the hostage in chapter 14, but I changed it to Zack for two reasons 1) to start bringing him into the story sooner and 2) even though Reko is a real wimp when it comes to fighting, I thought it would be real pathetic to have a teenager being held hostage and terrified of a crippled man (you’ll see soon enough in chapter 14).   Zack’s timidness also is the start of a character arch I have planned for him down the road, you’ll be hearing a lot more from this kid in the future. 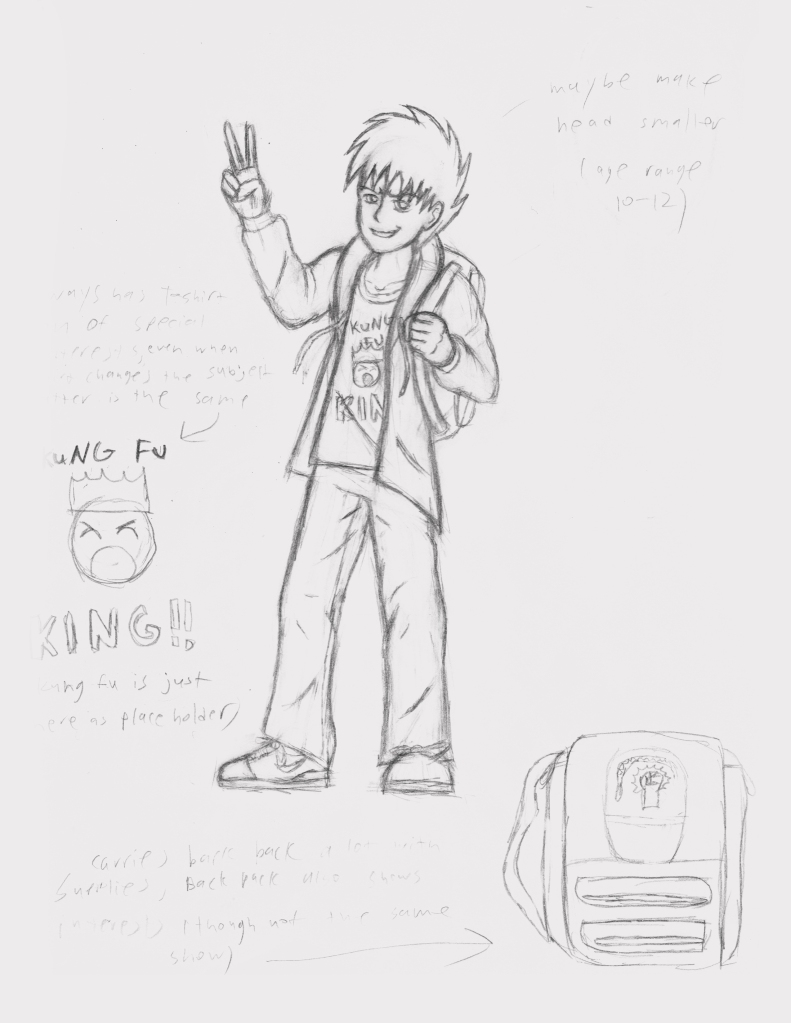